As you can see, we had the most gorgeous weather imaginable, clear skies and sunny weather.  Warm but not hot.  Perfect for a bike ride!

We started out near Ghiradelli Square and biked to near Fort Point, along the way we went via the Palace of Fine Arts.  The return trip took us about 2 hours including photo stops along the way.

If you are thinking this is something you would like to do, I highly recommend it.  You don’t have to be super fit.

There is only one hill and its at the very beginning of the ride.  Many people actually just walked up.  I biked up it in a very low gear.   A quick stop at the top to catch your breathe and take some photos. 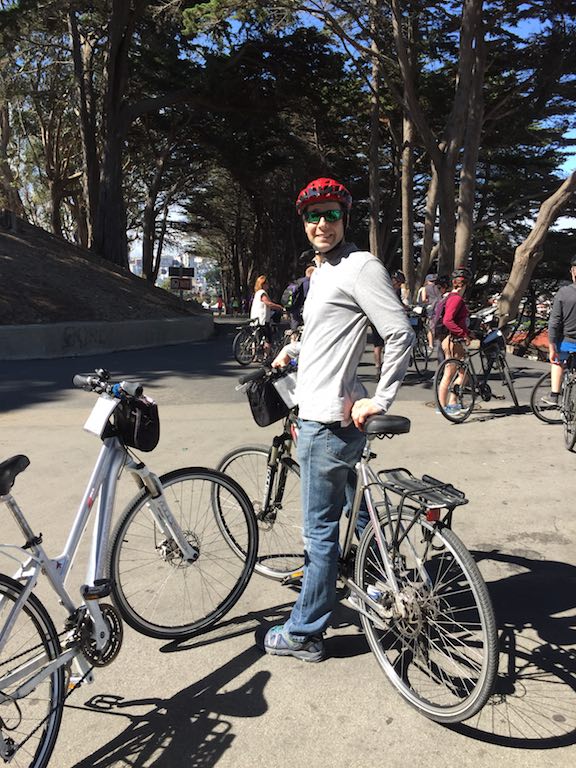 From the top you can see your destination off in the distance.

As I mentioned, we visited the Palace of Fine Arts. 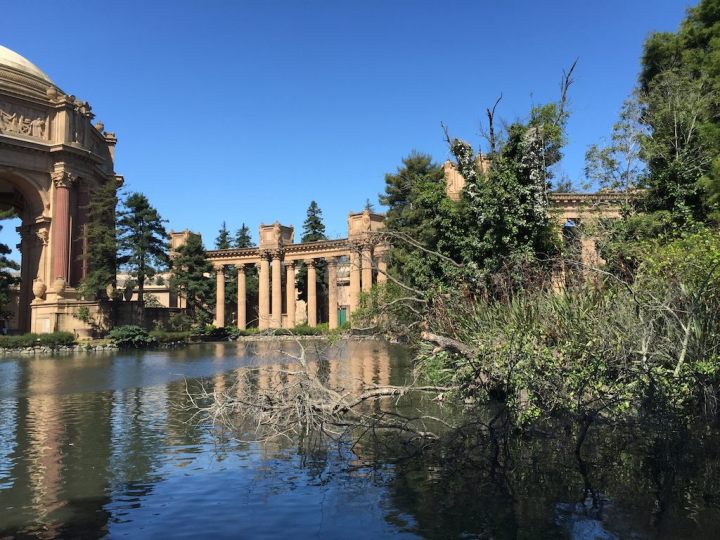 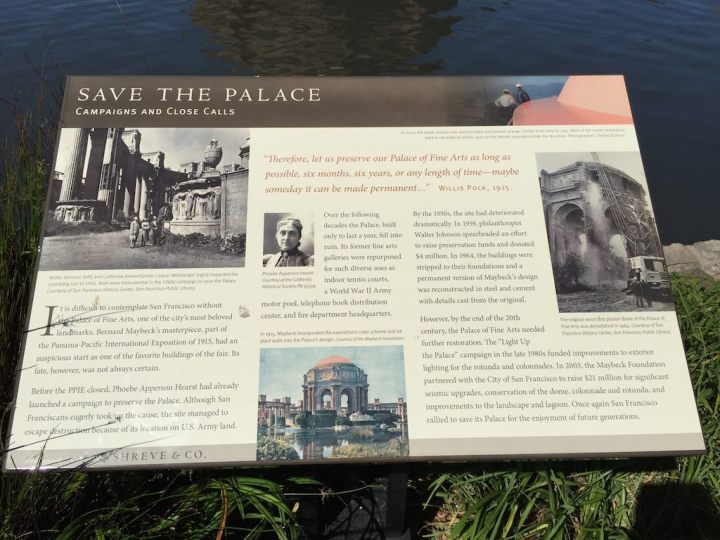 If you read my Muir Woods National Monument post a few days back, you may have noted the bit of trivia for Star Wars buffs.  This also is apparently a location that inspired George Lucas, in that the shape of the Palace of Fine Arts  is said to be the inspiration for R2-D2.  I can definitely see the connection.  True or not, it’s a plausible story.

This was a lovely spot and I would have liked to spend some more time here looking around.  It would have a been a fantastic location for a picnic and was in a very nice neighbourhood. 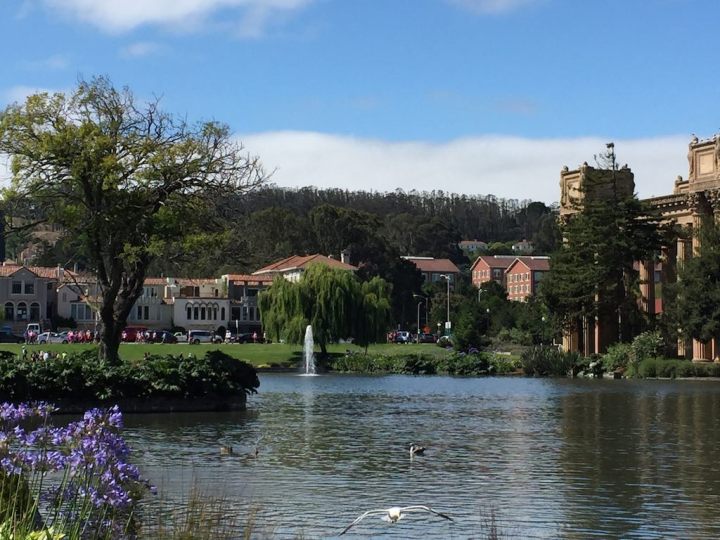 We continued along our ride along the pathway along the bay.  No photos as I can’t do that and ride… I think we should have taken the Go-Pro with us.

We finally arrived at the Golden Gate Bridge for a photo stop.  While Mum didn’t bike with us, she took a trolley ride around the neighbourhoods and we all met up for photos. 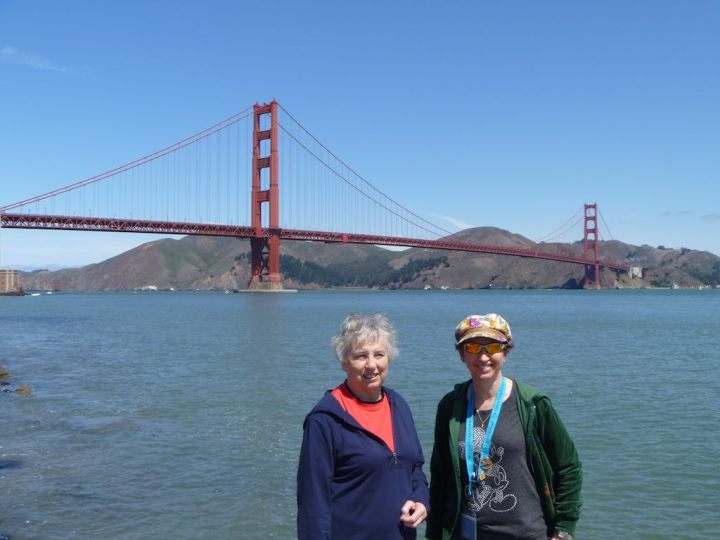 Then it was back on the bikes returning to our starting point.

Number #1 tip – sunscreen!   There is very little shade along the pathway.  I had put it on my face and neck, but got a wee bit pink where I missed a couple of spots.  Ouchie!

I’m not sure what the cost of the bike rental and tour was as it was an included activity with our Adventures by Disney tour.

Google tells me its about $55 for an adult for a 3 hour tour which goes over the Golden Gate Bridge.   If you do it without a guide its about $10/hour to rent a bike.  A great way to see San Francisco!