Sometimes wandering around a strange city, with no particular place to go or thing to see, allows you to stumble upon the unexpected.  This is exactly what happened to us while visiting Barcelona.  I’m not sure where we were going or even where we had been on this particular day, but we happened to pass through the residential square of Plaça Vila de Madrid and happen upon these roman graves.

In what is now the square, previously was an old convent, Santa Teresa de les Carmelites of Barcelona, which was destroyed during the Spanish Civil War.  In the 1950s as they were starting work on this square, excavations found the most important burial site from the Roman city of Barcino, upon which the convent was unknowingly built on top of.

The tombs or graves are along both sides of a roman road.  They date from between the 1st & 3rd century and were outside of the Roman city walls.  There is a raised walkway around the tombs that allows you to see the 80 or so different tomb stones.

There is also a small museum, entry of 2 euros.  This houses artifacts found, along with some remains, and explanations about those buried here.  You can also go right up to the tombs themselves and read the names of those that are entombed here.

One of the things that fascinated me was that the road and the tombs themselves just disappear into the walls under modern-day Barcelona.

If you are in Barcelona and wish to see this yourself, it’s very near La Rambla and the Plaça Catalunya of Barcelona. 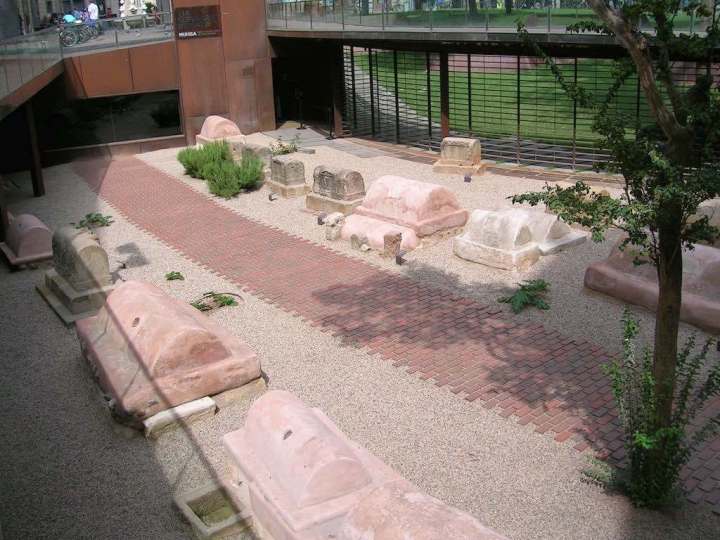 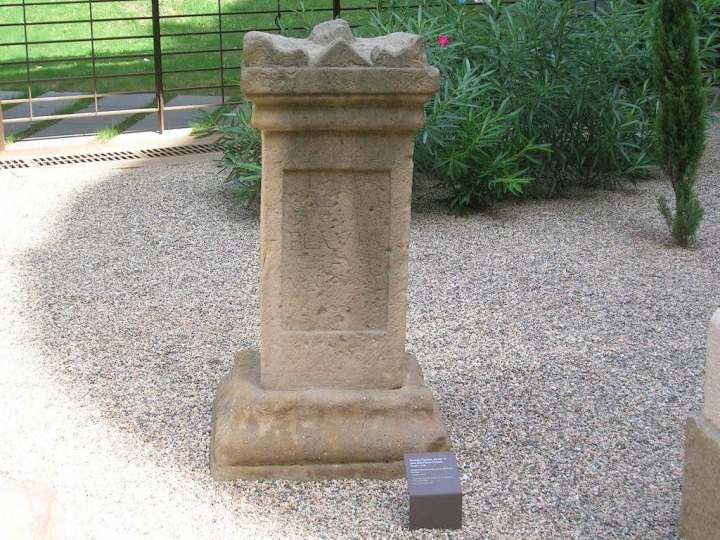 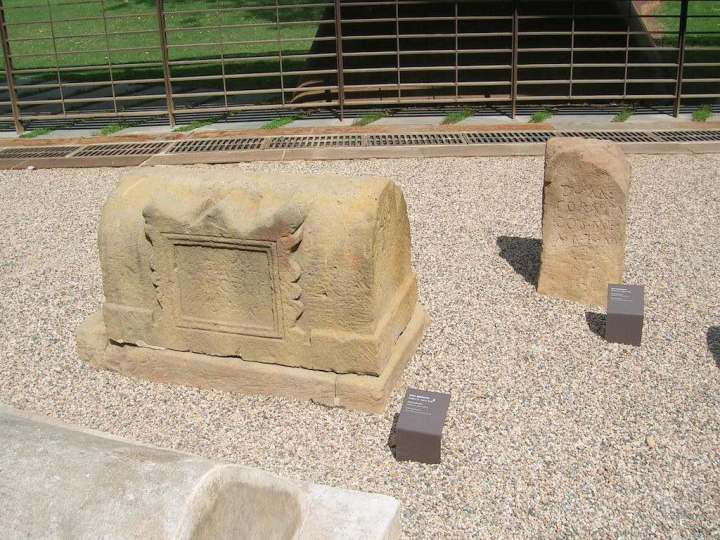