On a previous trip to San Francisco I took a trip to Alcatraz.  This time, as part of our organised Adventures by Disney trip we got the opportunity to go to Angel Island.  The entire island is part of the California State Park system and access is via boat or ferry.

I confess I didn’t know anything about the islands history, but it’s actually pretty interesting.  Over time, it has been used for a variety of purposes, including military forts, a US Public Health Service Quarantine Station, and a US Bureau of Immigration inspection and detention facility.

The island was part of the mainland until only about 10,000 years ago.  At this point with the rising sea levels after the last ice age it became an island.  Around two thousand years ago, Native Americans used it for hunting and fishing.

In 1775, Juan de Ayala, commander of the Spanish ship San Carlos named it Isla de los Ángeles from which it now takes its English name of Angel Island.

During the American Civil War, artillery batteries were constructed and the army established a camp on the island and it subsequently became an infantry garrison during the US campaigns against the Native American people.

In the 19th century, the army designated the entire island as Fort McDowell, and was used as a quarantine station, discharge and transit station for troops serving in the Spanish-American war and again during World War 1.

Between WW1 & WW2, approximately 1 million asian immigrants passed through Angel Island in the hopes of becoming US citizens.  Many were stuck here for years awaiting entry.

During World War 2, the facilities weren’t large enough to handle the volume of troops as it had in WW1, so instead the island was used as a detention station for Japanese, German and Italian residents of Hawaii.  Later in the war, prisoners of war were held here.

The entire island became a state park in 1962.

Park entry is included with your ferry ticket and you can get a ferry from San Francisco or Tiburon.  We got our ferry from Tiburon and it was a fairly short transit. Once on the island we were on a guided tour on a tram. This included a number of stops to take photos while listening to a pre-recorded spiel.  A picnic lunch was also included as part of our trip and I have to say, it was delicious!  I’m not sure how much any of this would have cost if you did it on your own, as it was an included activity on our tour.

We were amazingly lucky with the weather as I imagine this could be a very bleak, wind sweep island in rough weather. 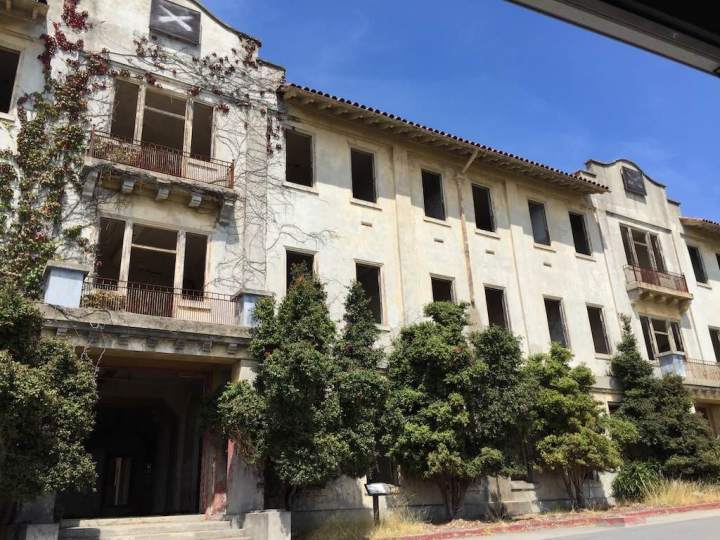 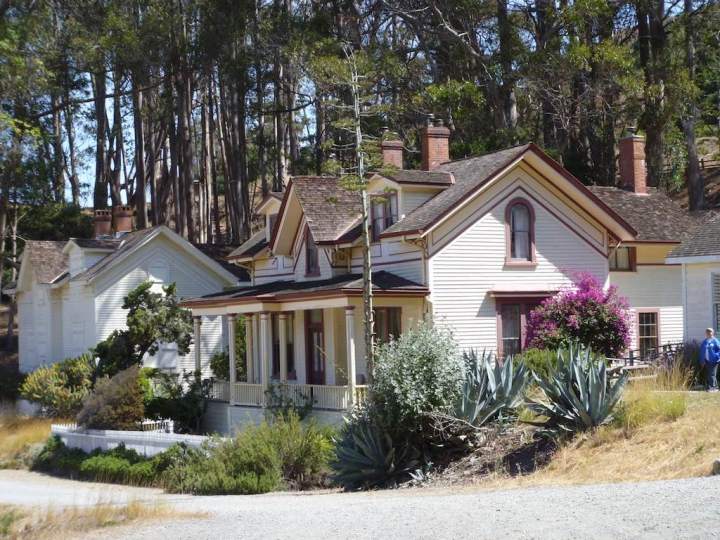