Sitting at home with some extra time on my hands, one of the tasks I have been working on is digitising old photos.  One of the bundles I worked on this week contains old family photos, including a number of family members who served in World War II.

I thought I’d share them over the next few days as its seemed timely with ANZAC Day coming up next weekend.  (For non-NZ & Australian readers, ANZAC Day is a remembrance day falling on 25th April every year in which both Australia and New Zealand commemorates all Australians and New Zealanders “who served and died in all wars, conflicts, and peacekeeping operations” and “the contribution and suffering of all those who have served”.)

These photos below are of James Henry Wootton known as Jim.  Jim was my paternal Grandmother’s elder brother.  Jim was born in 1912 in Christchurch, New Zealand.

I don’t know much about his time during WW2 but I know he served in Egypt.  The Auckland War Museum shows him listed as a driver with the Army. 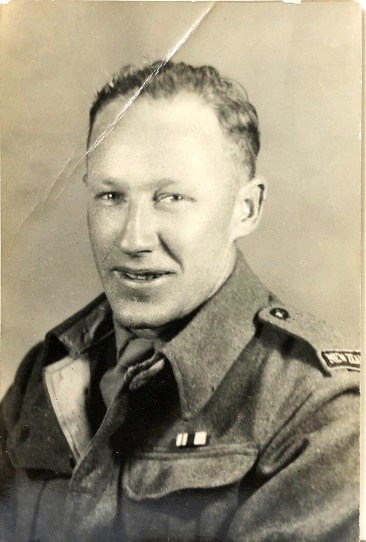 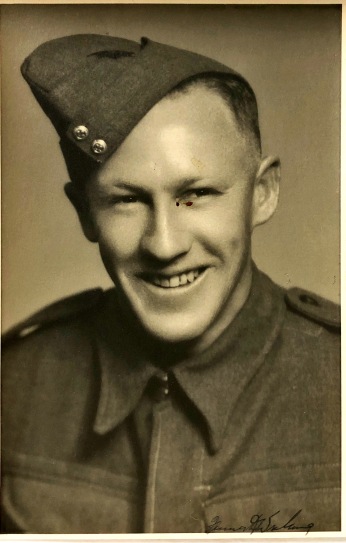 On occasion, he met up with my Grandfather (who would become his brother-in-law after the war) while they both served and is mentioned in my Grandad’s war diary on numerous occasions.  They had a number of failed meetings but did manage to get together a few times to socialise and catch up.  Jim was mentioned as being camped at Mena.

They did manage to get some time off to spend together in Cairo in August 1943 as shown in the photos below – Jim on the left and my Grandfather on the right in both photos.

I haven’t transcribed this far in the diary yet so not sure what Grandad had to say about this outing.

The good news is that Jim survived the war and married twice, once to Esme Lilly Bridgeman and later to Averill Esther Lyn Glanville.  There was 1 son born during the first marriage to Esme and a boy and a girl from the second marriage to Averill.

Update 25/04/2020, following a recommendation from A Gray from blog Wayne’s Journal who asked about colourizing Jim’s photo, I decided to give it a go and results as follows.  I used a free site https://colourise.sg to do this and the results aren’t too bad.  Thanks for the suggestion!