Similarly to what we did in Skagway with the do-in-yourself walking tour, we decided to do the same thing in Ketchikan.

We followed this walking tour which took you through or past a number of places of interest including the salmon ladder (we didn’t see any), the hatchery (it was closed), the totem museum and the Salvation Army store – ok it didn’t take us to that last one but we did stop in and support them with a couple of small purchases  😉

Dolly Arthur was something of an entrepeneur.  She found that she made a lot more money turning tricks than waiting tables.  She bought the house at Creek Street for $800 (if memory serves correctly) and paid it off in two weeks.  She didn’t stop work for the day until she’d made $75-$100 and at $3 a time, that’s a lot of men!  However it wasn’t all sex, she also sold shots of illegal booze and that increased her income substantually.

The house from all accounts is pretty much as she left it when she moved out, it looks like she never threw anything away.  The house is full of photos of her and her beloved small dogs.

Entry to the museum is $10 and it only really took a few minutes to walk through, but its a unique experience, definitely worth a visit.  You walk through at your own pace after being given an introduction.  There is an audio loop playing and the scripts are typed if you prefer to read (as shown below – though not sure I photographed all of them).

Note on the shower curtain the silk condom rosettes 🙂 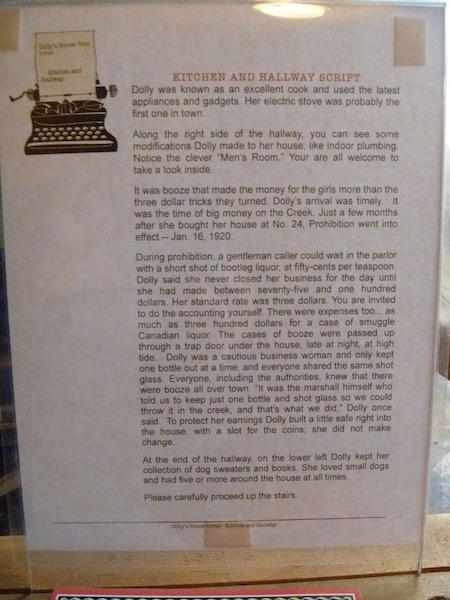 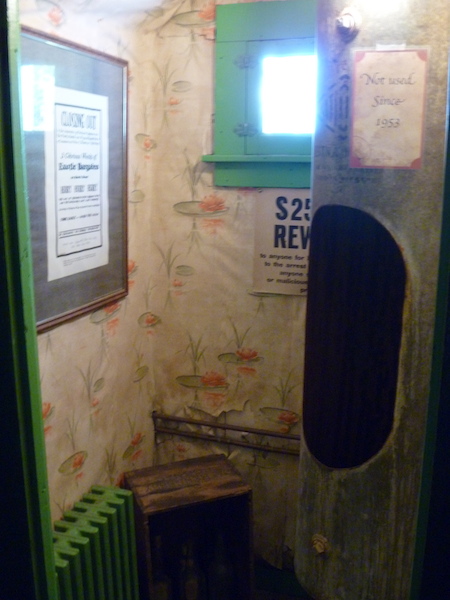 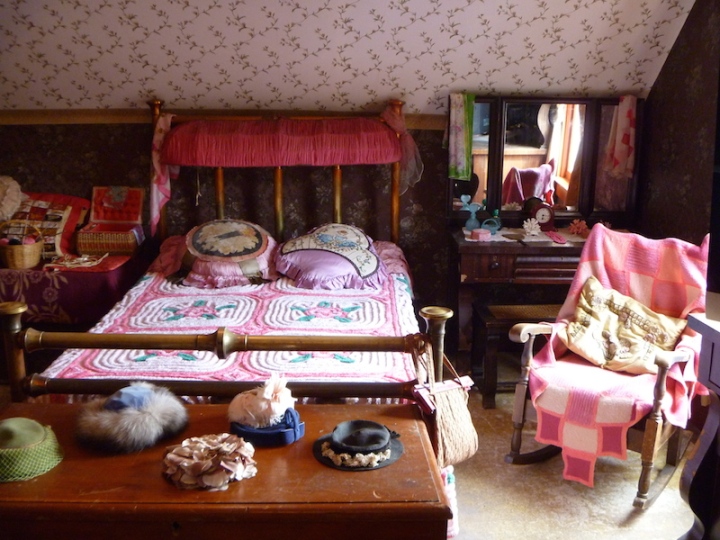 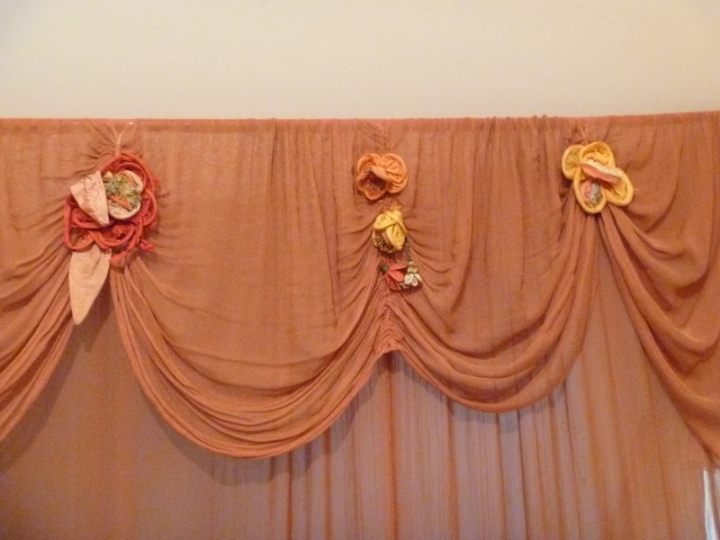 2 thoughts on “My visit to a brothel – Ketchikan, Alaska”