As an equal opportunity atheist, I decided after my visit to the Presbyterian First Church of Otago the other week, that it was time I checked out the Anglican Cathedral of St Paul’s – which is right in the Octagon in Dunedin City.  Their official website is here.

So on Tuesday at lunchtime, I decided to call in.  I timed it well as they were about to do a 20 minute recital on the organ played by Donald Cullington.  There was a suggested $5 donation and I had literally no cash on me, but it wasn’t an issue, they handed me a program and said “enjoy”.  They had a fairly good crowd of around 40-50 people.  They apparently do this every week at 12.50-1.10pm and it appears they play a selection of 3 pieces of music each Tuesday.

I’m in no way a classical music buff, I’m a pop kinda girl, but the first two were light, breezy pieces and the third started out pretty intense and lightened towards the end though it was a very dramatic piece and it was simply amazing to hear.

The church itself, again like the First Church, has some amazing stained glass windows.  They also have one commemorating World War 1 and a beautiful one of representing Dunedin’s history, the local wildlife, St Paul and St Cecilia.  For more information about this beautiful window, you may like to visit the Cathedral’s website.

And now for the photos – 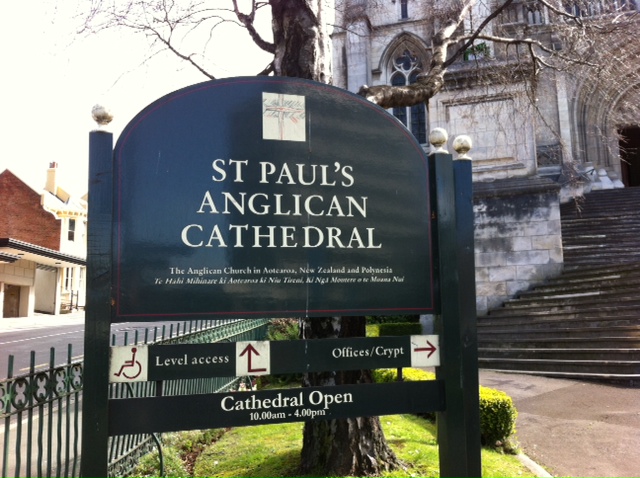 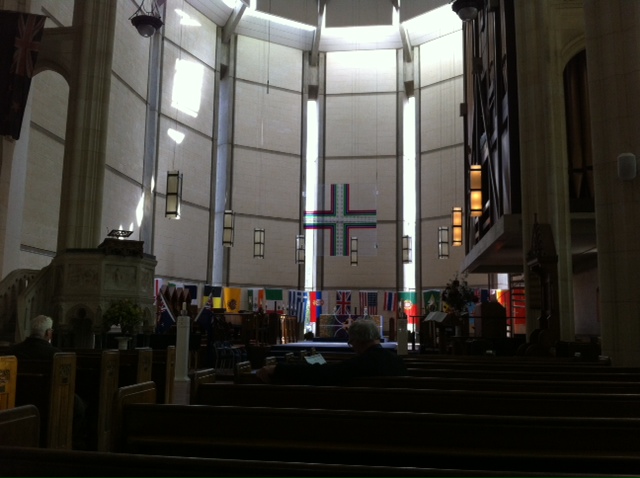