When my flight home was cancelled due to weather the other week, I decided to stay through the weekend in Queenstown.  I took the opportunity to visit the Lakes District Museum in Arrowtown.  Arrowtown is about 20 minutes easy and very scenic drive from Queenstown.  It’s a small museum, and will only take 1-2 hours to visit.  I’d also recommend dressing very warmly in cooler times of year, as I’ve mentioned in my other Queenstown post a few days ago, it was unusually cold, so the downstairs part of the museum was like a fridge and likely colder.

I’m not sure children would find this museum particularly interesting unless they were into history.  There are limited interactive displays.  Having said that, as a child, I loved museums so each to their own 🙂

Entry is $NZ8 for an adult which is approximately $US5.50.

The building itself is historically interesting as it is the old Bank of New Zealand building. Built in 1875 and the bank included a number of separate buildings including an outhouse and stables.  It was rumoured that there were rooms under the bank and in 2006 they punched a hole through the floor and found this was indeed the case.  These are now part of the exhibit. 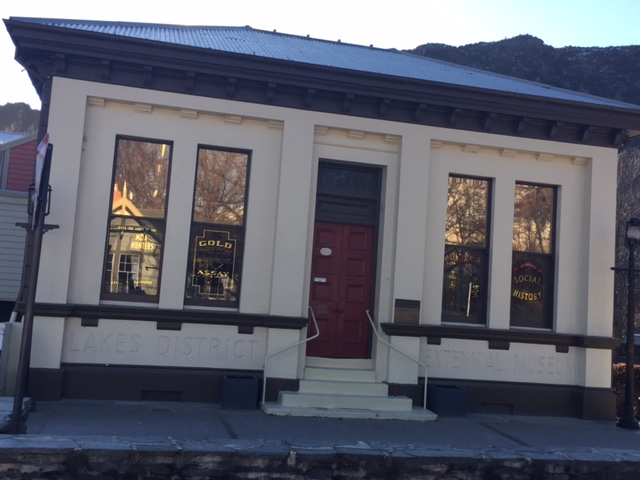 There is a small display of some old vehicles outside by the entrance. 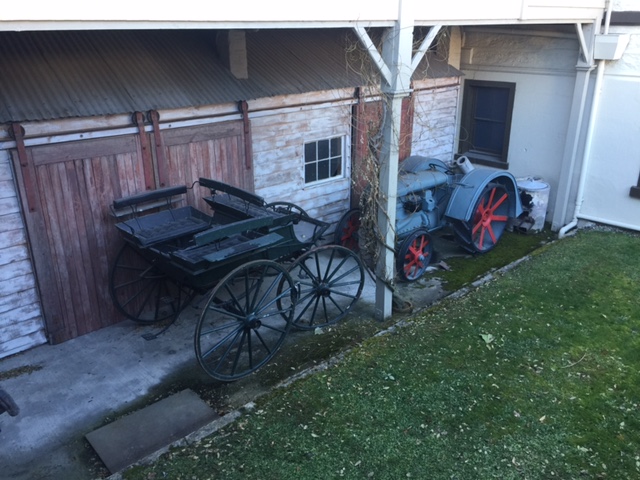 This display immediately shown below is about Mildred Rees, the daughter of Queenstown’s founders.  She received many commendations as a front line nurse.  She joined up at the age of 46 and served continuously for 4 years.  I really enjoyed learning about this brave and remarkable woman.  Many war displays are focused on the men who fought but not the women who also served. 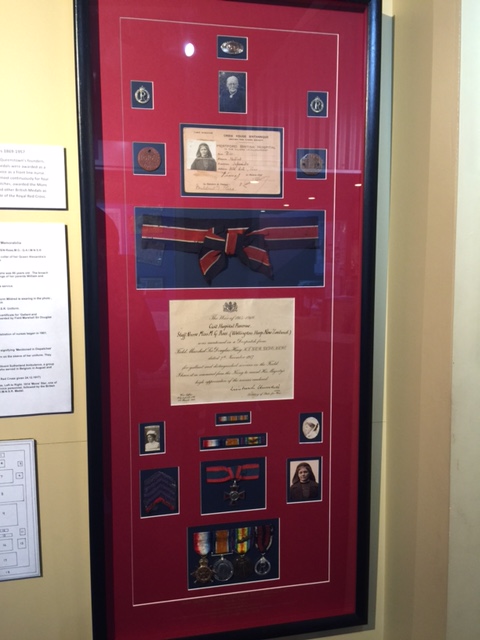 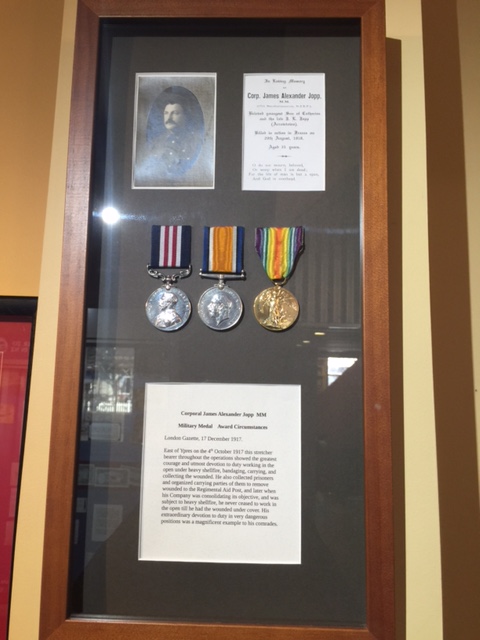 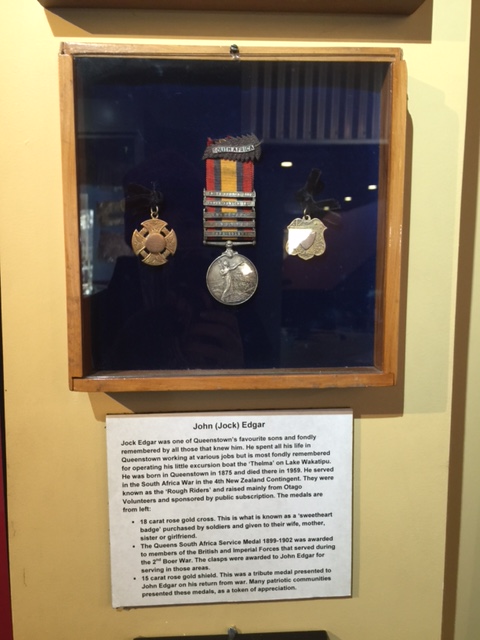 The displays then move through somewhat chronologically including the gold rush period.  There was also quite a large display about the early Chinese goldrush settlers to the area.

They also have many objects that the early settlers would have bought with them from their respective countries on display.

I couldn’t resist taking this photo as I have one of these little metal Post Office Savings bank boxes that belonged to my grandparents. 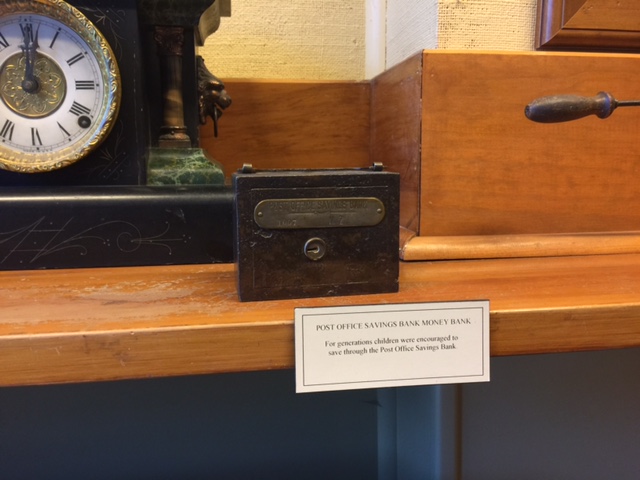 And a quick photo for the tea drinking hipsters.  A brilliant idea!  😉

As you go downstairs they have some displays of buildings, businesses and activities of the early Arrowtown and Queenstown area including a tavern, bakery, gold mining and so on.  This part of the museum is fairly exposed to the outside elements, although undercover and on this particular day was a very quick walk through due to the temperature.

There is a small display on the Maori people who moved through the area, I have no idea how they survived in winter.  They were obviously a lot more hardy than me in my fleece and thermals. 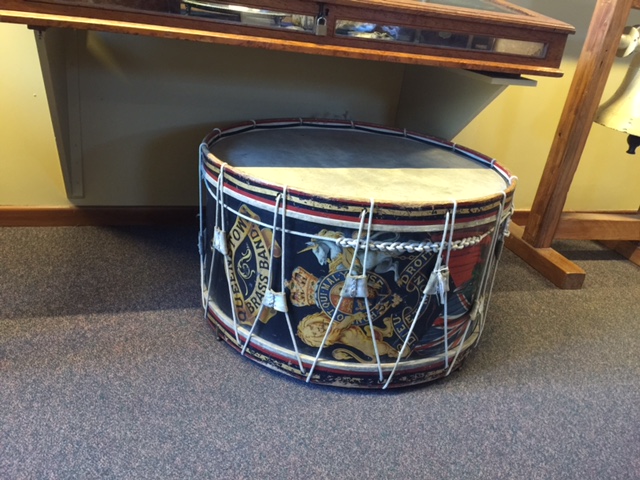 Pity the poor soul who had to sit in this wheelchair.

I liked this old sign telling the Chinese gold miners about the bank’s services.

These old tobacco packets were collected from under the floor of a tavern. 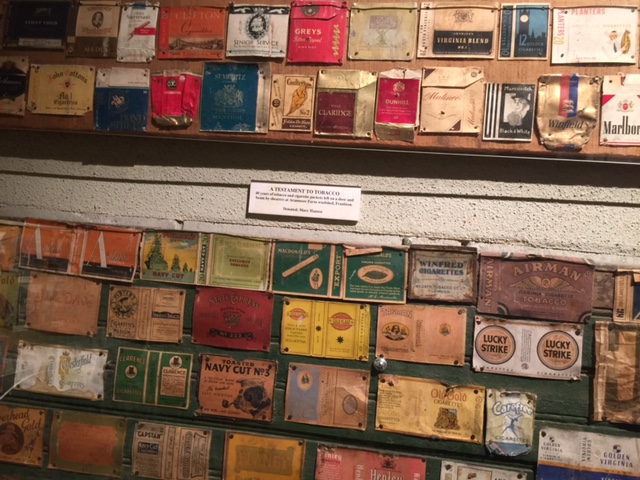 They have mining displays including this one below, of one of the types of mines in the area and methods of collecting the gold.

An early printing press for the local newspaper.

The is a mock-up of a small local street downstairs, note the Union Jack flag in the corner.

The baker and his ovens, pity they weren’t on 🙂

This amazing white dress was made of silk and was a 1800s wedding dress.  Look at the size of her tiny waist!

This particular display of the outhouse made me laugh, I think children visiting would get a kick out of it.

Once done, it was a chance to have a very short wander around the town, but it was bitterly cold so I didn’t last long. 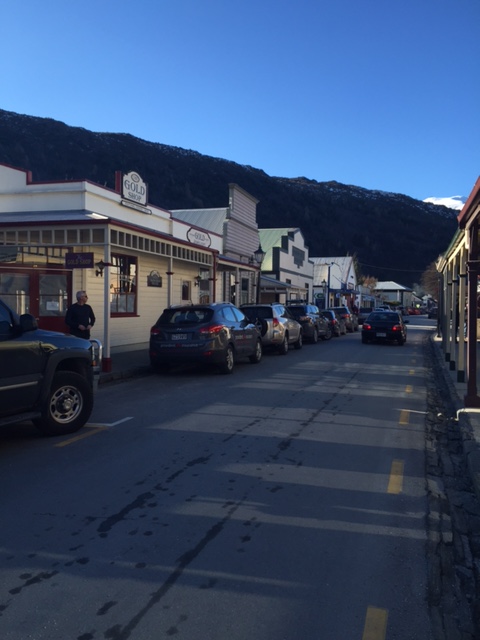 Be sure to check out my other posts about New Zealand including more on Queenstown and Arrowtown.

Join 1,758 other subscribers
An insta filter is the closest I am going to get to a winged eyeliner look.
You know you live in Australia when this is the sign at the train station
Lovely bronze kangaroo - pity about the nipples… and the terrible photo
Spectacular view from the Blue Mountains - I would share more photos but they all look the same.
Very excited to see this show.
There are no words to describe how much I ❤️ my new Electra E-bike.
“Work from anywhere” has its perks. Breakfast from @guzmanygomez this morning alongside the #brisbane river near #southbankparklands
Went for a run before work yesterday morning. Came home with a 10 person tent which a neighbour left outside with a “free” sign. That was a long .5km carrying that sucker home. Delighted it is complete and in pretty good condition. So that sorts out accommodation next time my nephews are here.