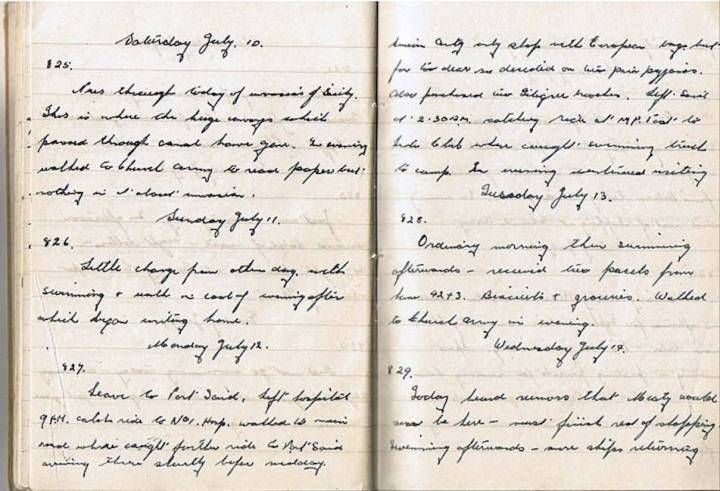 News through today of invasion of Sicily.  This where the huge convoys which passed through canal have gone.  In evening walked to church arriving to read (news)paper but nothing in it about invasion.

Little change from other day with swimming and walk in cool of evening after which began writing home.

* Meaty – I believe “Meaty” refers to Captain Garnet(t) Meatyard.   With my grandfather having been raised in the port town of Lyttelton and his father having been captain of a ship, its very likely Captain Meatyard was an old friend and was likely a senior officer on a ship at the time.