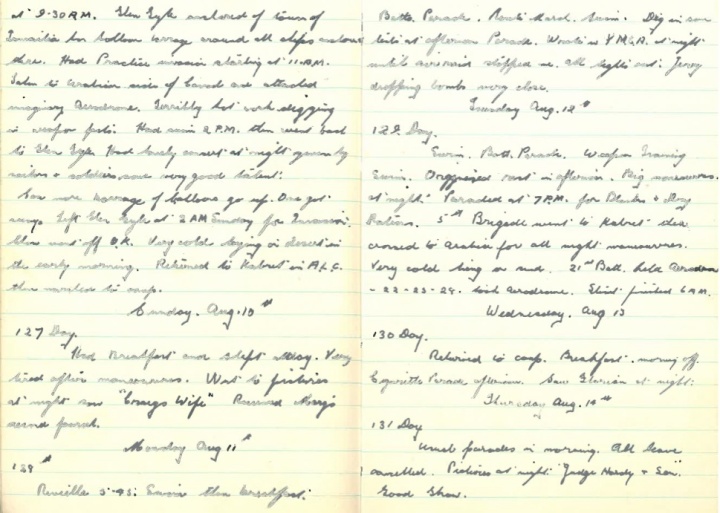 … at 9.30AM.  Glengyle anchored off town of Ismailia for balloon barrage (tethered air balloon) around all the ships anchored there.  Had practice invasion starting at 11AM.  Taken to Arabian side of canal and attacked imaginary aerodrome.  Terribly hot work digging in weapon pits.  Had swim 2pm then went back to Glengyle.  Had lovely concert at night given by sailors and soldiers.  Some very good talent.

Saw more barrage of balloons go up.  One got away.  Left Glengyle at 2AM Sunday for invasion.  Show went off OK. Very cold laying in desert in the early morning.  Returned to Kabrit in A.L.C then marched to camp.

Had breakfast and slept all day.  Very tired after manoeuvres.  Went to pictures at night and saw “Craig’s Wife”.  Received Marg’s second parcel.