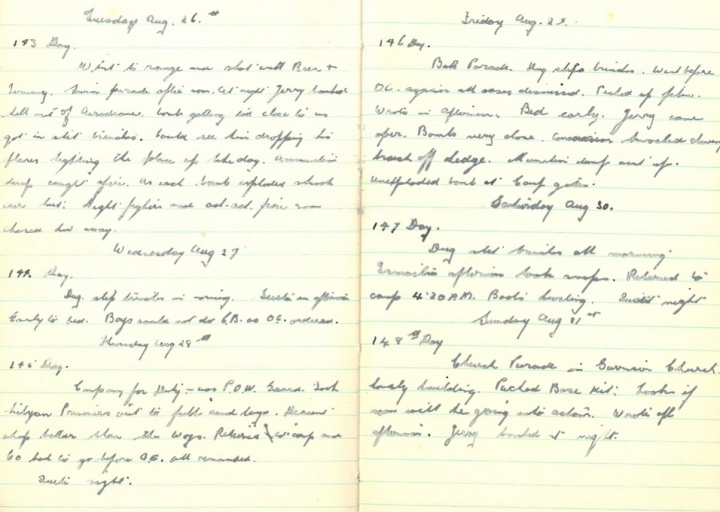 Went to range and shot with Bren & Tommy.  Swim.  Parade in afternoon.  At night Jerry bombed hell out of aerodrome.  Bombs getting too close to us got in slit trenches.  Could see him dropping his flares lighting the place up like day.  Ammunitions dump caught fire.  As each bomb exploded shook our hut.  Night fighters and ack-ack (anti-aircraft) fire soon chased him away.

Dug slit trenches in morning.  Swim in afternoon.  Early to bed.  Boys would not do C.B(?) as O.C (Officer Commanding) ordered.

Company for duty – was POW guard.  Took Libyan prisoners out to fill sandbags. Pleasant chaps better than the wogs. Returned to camp and 60 had to go before O.C.  All remanded.   Quiet night.

Church parade in garrison church.  Lovely building.  Packed base kit.  Looks if soon will be going into action.  Wrote all afternoon.  Jerry bombed at night.