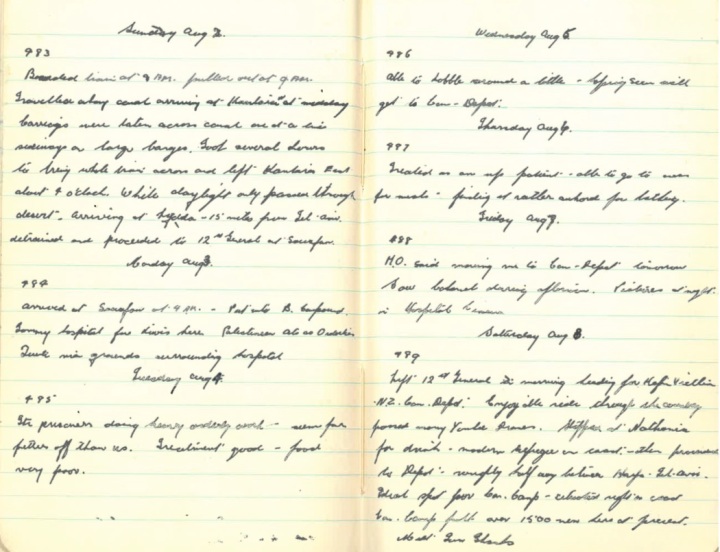 Boarded train at 8AM.  Pulled out at 9AM.  Travelled along canal arriving at Kantara at midday.  Carriages were taken across canal one at a time sideways on large barges.  Took several hours to bring whole train across and left Kantara East about 4 o’clock.  While daylight only passed through desert.  Arriving at ??? – 15 miles from Tel Aviv.  Detrained and proceeded to 12th General at Sarafand.

Able to hobble around a little.  Hoping soon will get to Con Depot (Convalescent Depot).

Treated as an up patient – able to go to the mess for meals.  Finding it rather awkward for bathing.